This post may contain affiliate links. If you make a purchase through these links, I will earn a commission at no extra cost to you. Thanks for reading! 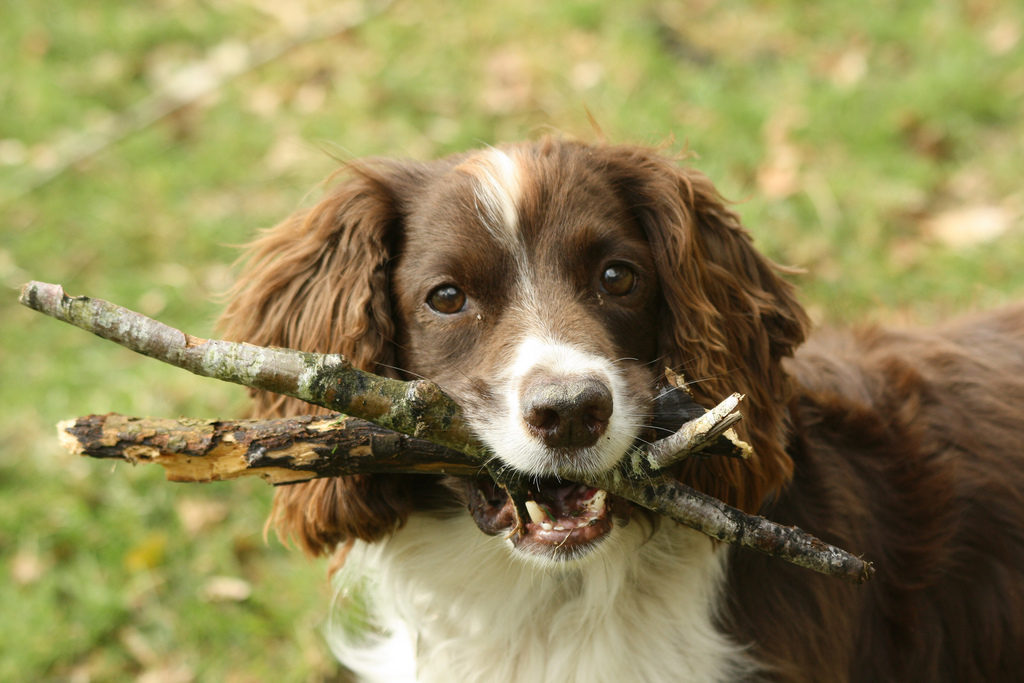 A dog’s behavior is influenced by certain basic instincts which you should be aware of if you want to understand your dog. Some of them have been lessoned by the protected life led by modern pets. In fact, the dog as a species seems to be undergoing an important period in his evolution since never before in history have so many of them been bred exclusively as pets.

The instinct for survival is common to all living creatures. No acquired behavior pattern is strong enough to dominate entirely this powerful drive. When it is aroused, the only effective means of controlling it is constraint. Along with this instinct is the Instinct for procreation, or mating instinct. It is normally very strong although it varies for the same health reasons, hormonal balance, opportunity and more rarely, psychological inhibitions.

Need for companionship is an instinct common to both dog and man. Many canine personality disturbances have no other cause than the solitary confinement imposed on them by man. Studies show that the critical period when a puppy forms his primary attachment to humans is between the ages of 3 and 10 weeks. If he is “imprinted” by sufficient pleasurable human relations during this time, he is apt to remain attached to humans, But if he is confined in a Kennel with only other dogs and deprived of human contact, he will prefer animal contact over humans forever.

Like human beings, dogs are vulnerable to mob psychology. The pack instinct is a more accurate term because it usually brings out the worst side of their nature. It may take no more than one other dog for this psychological phenomenon to occur. Most dogs want to pleasure their owner. But once they become a member of a pack their old instincts take over and the owner is forgotten. It is very important never to let your dog run loose where he can get into bad company.

Dogs have always retained the instinctive need for a pack leader. This need is the role hat we play in our pet’s life. Dogs I whom this instinct is strongest are the most trainable. They are the ones that follow you around as puppies, who never want to leave your side as adults, who listen to you, study your facial expressions, and enjoy contact with you. They seek the approval of their pack leader and will do for free what other dogs need to be bribed to do.

Most owners provide protection, food, and shelter as do wildlife pack leaders. But you must also offer leadership, enforce discipline, and maintain their prestige and authority. Psychological superiority is more important that in physical size or strength. Moreover, the modern dog’s dependence on his owner is as much emotional as it is physical. Your dog will love and respect you more if you live up to his leader image of you. Be dependable and consistent so that he can trust you.

You must be reasonable and fair in order to avoid offending his sense of justice. But above all, do not think it is a kindness to let your dog always have his way. In their wild state, dogs instinctively seek and accept leadership as well as a strict social code. In fact, discipline and obedience are probably more natural to them than indulgence, which they have experienced only as modern pets.

Territorial instinct has a profound influence on a dog’s behavior, as it has on ours. It is related to the survival instinct and is therefore very powerful and vital to his existence. Puppies as young as 2 or 3 weeks old display their sense of territory by annexing a certain corner of the nest, a bed, cushion, or chair as their personal domain. Their territory grows bigger as they do on until adulthood when they transfer their territorial instinct to their owner’s home, and their pack instinct to their human family.

Dogs respect man made boundaries such as fences, walls, and gates, but they also establish markers of their own. Which they mark with urine and visit regularly and refresh as necessary. Domesticated dogs are respectful of their neighbor’s territory as they are jealous of their own, and seldom engage in territorial warfare. In the animal world, an intruder is always psychologically inferior to an individual who is on his home territory. Under these conditions, a tiny terrier can chase away a Great Dane.

Generally speaking, dogs are most aggressive on their own territory, most submissive on another dog’s territory, and most sociable on neutral ground. An old family dog will make friends more easily with a new puppy if the two are introduced on neutral ground before the newcomers are taken home. The territorial instinct varies in intensity and quality from one breed and individual to another. Still, in all dogs, as in all humanity, there is a territorial instinct. Oddly enough, both will accept with tolerance, and sometimes even welcome, intrusions by innocent infants, unthreatening inferiors, and attractive members of the opposite sex.

Finally, dogs possess an instinctive loyalty that is much stronger than our own. Once a dog has accepted someone as his master, it is very difficult for him to switch his devotion to another. Better food, greater comfort, kindness and understanding may not succeed in swaying his allegiance even from an unworthy owner. On the other hand, if you adopt a dog who has been happy in his previous home, give him plenty of time to transfer his loyalty to you, you will have a friend that would never fail you.?You can also check this online dog trainer to help you.

Dogs have always been my passion, and I love sharing information and products that can help all of us in caring for our precious furbabies.